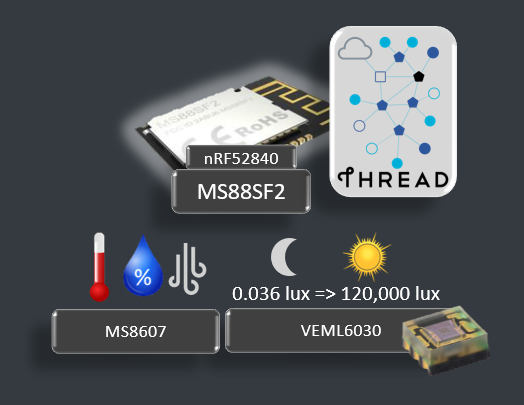 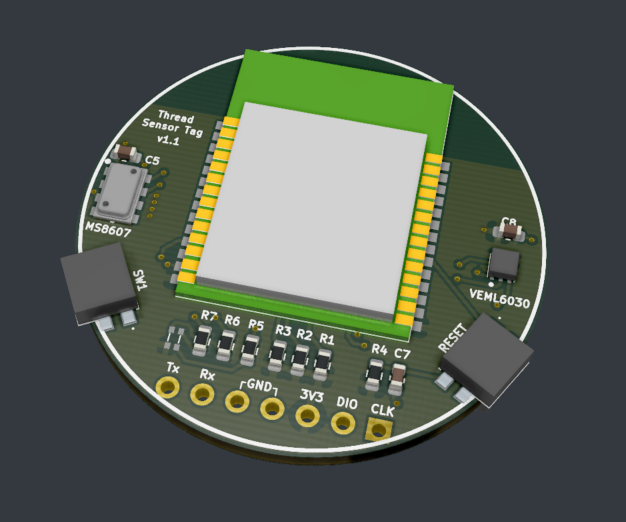 The Thread sensorTag is based on an nRF52840 on a MS88SF2 module. The used sensors are VEMLS6030 for light and MS8607 for Temperature, Humidity and Pressure. 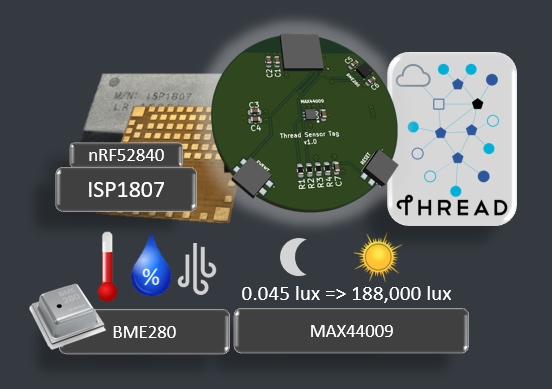 The preliminary version of the Thread sensorTag is based on an nRF52840 which is integrated inside an ISP1807. On the tag, the used sensors are the MAX44009 for light brightness and BME280 for Temperature, Humidity and Pressure. 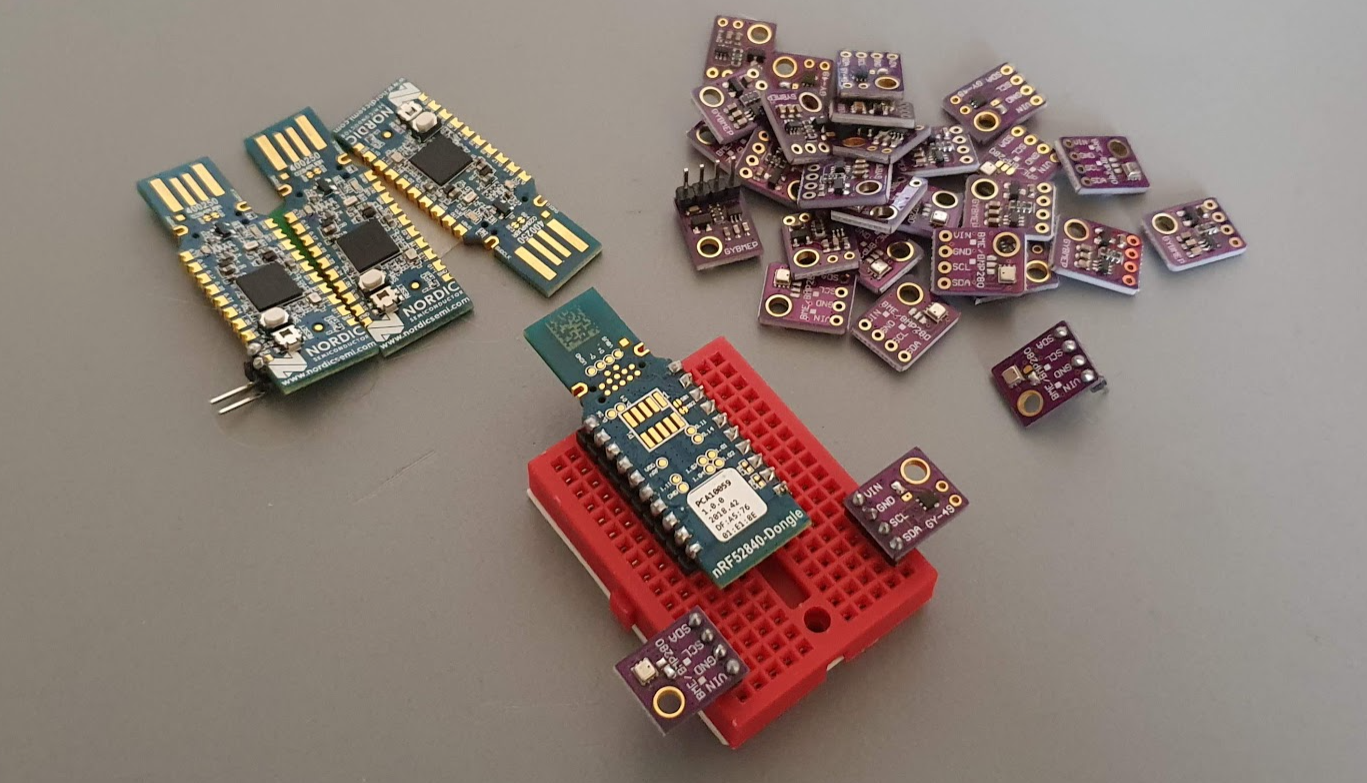